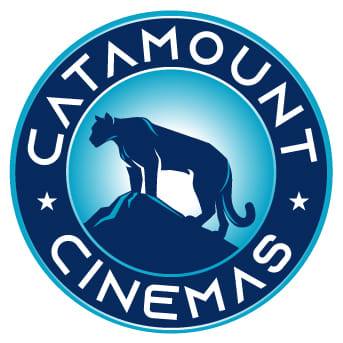 David Parlier, owner of Ruby Cinemas in Franklin is teaming up with Greg Israel, owner of the Smoky Mountain Cinemas in Waynesville to launch Catamount Cinemas in Sylva.

The Quin Theater was first opened in 1977 under the name “The Quin Twin Theaters and was constructed by Resicom Builders. The original theater had two screens with a combined total seating capacity of 484 and was operated by the Quin Corporation, a group of five local men, including Johnny Maney of the Maney family.

After operating for decades, the previous owners, The Maney Family, who own and operate the East Sylva Shopping Center, announced in April that Quin Theaters would be closing their doors. That is when Parlier and Israel began discussing the possibility of working together to reopen it.

Together, Parlier and Israel have over 50 years of experience in the industry. That experience, paired with a love of providing a space for the community lead the men to reopening Sylva’s movie theater.

“Working within the movie theater industry it is always sad to see a movie theater that has been so involved within the community close its doors,” said Parlier. “We saw this while reading the many memories shared by those that had visited the Quin Theater over the last four decades. However, a movie theater closing doesn’t always mean that it wasn’t or couldn’t be a successful operation. The Maney’s made the decision to retire after over 40 years but still hoped to see this complex re-open as a movie theater. We felt after discussions with them that this was a great opportunity. The Quin Theater is in good condition within a great community, and it is our desire to offer the experience of seeing movies on the big screen for years to come.”

While the theater will be reopening soon, Parlier said the new owners do plan to do some upgrades and improvements to the interior.

“Over the next several months there will be several smaller changes made to the theater,” said Parlier. “Some of these changes will be new media servers, upcoming sound to 7.1, the implementation of online ticketing, adding nachos and ICEEs to the concession area, and more. We are still evaluating more significant changes like adding 3D capability and VIP seating areas that could include recliners, gliders, or lounge chairs.”

Interviews for the theater are currently being held, with many of the facility’s former employees reapplying for open positions. With little to be done to get the theater operational again, residents can expect for doors to reopen after the July 4th holiday, just in time to enjoy some of the summer’s biggest blockbuster hits!

“We would like to re-open the movie theater as quickly as possible but there are a variety of items that need to be completed before doing so,” said Parlier. “Some of the items include replacing/repairing some equipment and receiving approval from the studios to show films under this newly formed company. However, we have set an internal deadline of July 8th which coincides with the release of Marvel Studios’ Thor: Love and Thunder.”