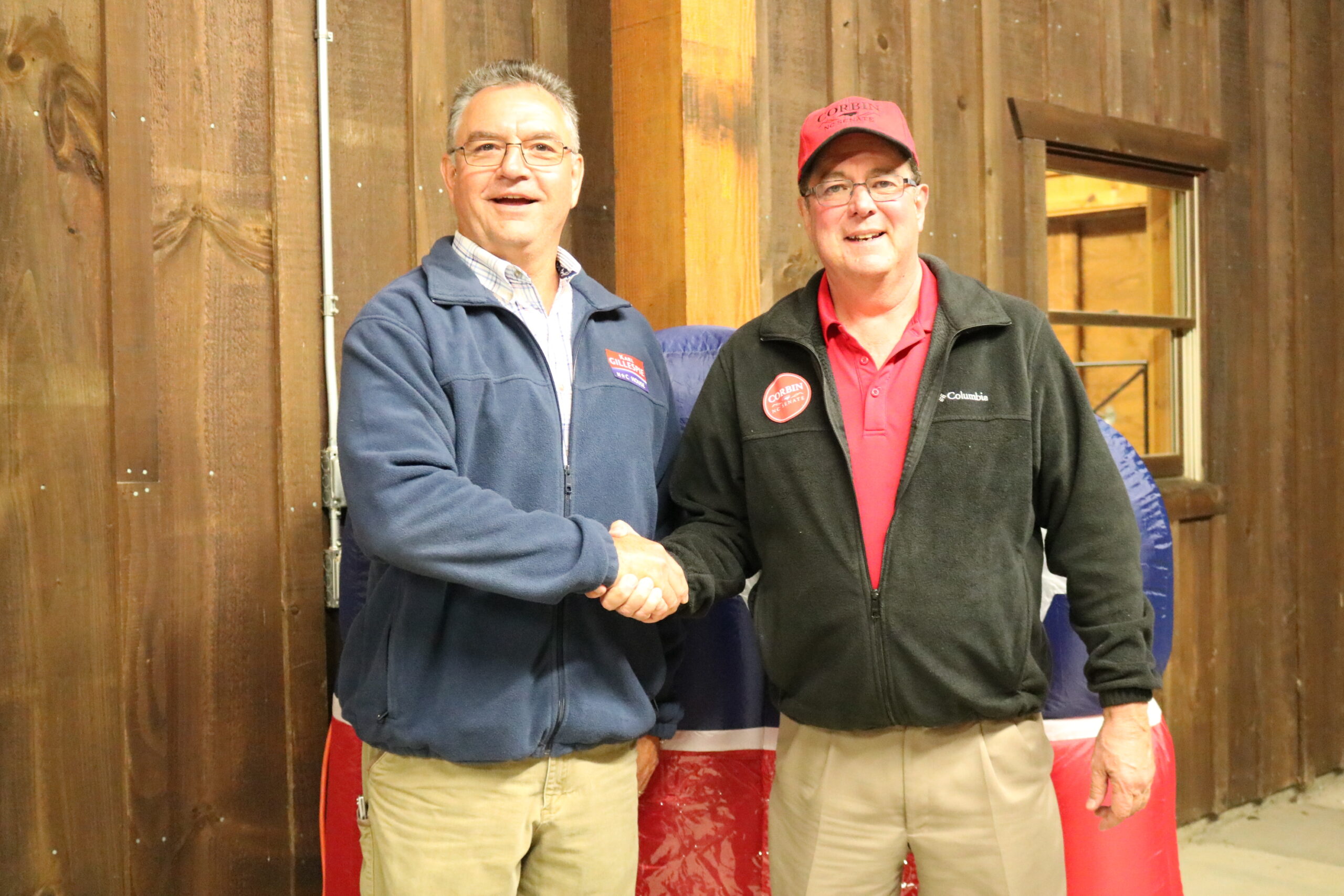 WNC representatives live on opposite sides of the street…literally

By Brittney Lofthouse on November 4, 2020

Up a holler in the Holly Springs Community in Macon County, a country road run right in the middle of Corbin Cove. Farmland makes up the bulk of both sides of the road, land that has been in two families for generations.

Macon County has been home for North Carolina’s westernmost district’s representatives since Rep. Corbin was first elected to the House of Representatives to replace retiring Roger West from Cherokee County. When Corbin was elected to the House, he joined Senator Jim Davis, longtime Macon County resident, in the general assembly. Now, not only are the westernmost representatives in the state from the same county, they are neighbors, something that will surely make the more than 300 mile trip to Raleigh a little easier when session begins in January.

“I am excited to continue serving the folks of Western North Carolina as the next Senator for District 50,” said Rep. Kevin Corbin. “The first thing I want to do is reintroduce the hands-free bill, which I think we have enough votes to pass now. Then after that, we will see what happens.”

Like Corbin, Gillespie heads to the general assembly after serving on the Macon County Board of Commissioners.

“Thank you to all the volunteers, I appreciate all the citizens of the 120 District and look forward to serving them in the North Carolina House,” Gillespie said.

Corbin and Gillespie will be joined in the General Assembly by Republican Mike Clampitt who successfully won his re-election bid against Democrat Joe Sam Queen. Clampitt and Queen have traded spots representing the North Carolina House of Representative District 119 seat for the better part of a decade. Clampitt unsuccessfully ran against Queen in 2012 and 2014 before winning the 2016 race, which ushered in Republicans in office across the state. Queen won the seat back in 2018, however, Tuesday night Clampitt took the seat back with 54 percent of the vote.