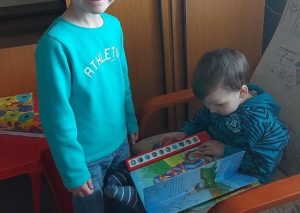 A year ago Renée Peoples took early retirement after a 40 year career in education in order to prepare to leave her Whittier home of 22 years. She was called to a new life;  she was leaving the US to become a full time missionary in Slovenia. Slovenia is a small country of two and a half million people with only 2/10 of one percentage evangelical Christians located between Hungary and Italy, Austria and Croatia. A war in Europe was the last thing on her mind. She arrived in Slovenia on September 1 and began learning the Slovene language, working with a church, and developing relationships with Slovene people. Everything seemed to be proceeding as “expected” until February.

Less than five months after she arrived in Europe, Russia attacked Ukraine. It caused millions of people, mainly women and children, to flee Ukraine. Renée’s church and mission team began to seek ways to help the refugees. God led them to other missionaries in Budapest, Hungary who connected them with ministry needs on the border. They began to drive van loads of food, personal care items and water to Hungary to be given to refugees. Then they transported refugees who needed to get to certain destinations in the vans. In addition, they were able to provide help to the refugees who did not want to leave Ukraine and created tent cities along the border.

On the way home from one of these trips, the pastor got a phone call from a local woman who was hosting a family from Ukraine. The family wanted an evangelical church to attend. The hostess brought them to church the next day. Renée’s little church of 30 people welcomed the family of five into their congregation and hearts, and tried to get them settled into the community.

For weeks the church prayed and sought a place for them to live. There were none to be found in the whole area. One day as Renée was praying, God revealed to her that there already was a place for them to live. Unfortunately, Renée was living in it! Four months earlier she was blessed with a four room apartment with two beds, a large kitchen, and a balcony view of the Velenje castle. It would be large enough for four people, especially four people who were living in a home with eleven people. One of the hardest parts for Renée when she moved from her apartment was giving up a that castle view. It made a great spot for morning coffee and prayer time.

Renée, a widow for three years, went to Slovenia to continue a life mission she strived to live for 39 years of marriage and which she still lives. Her mission is to give up her life in service to others. On Good Friday, the day to remember how Jesus gave up His life for people, she got to “practice what she preached” as she moved out of her own apartment and into a studio apartment.  The Ukraine family of five arrived to an apartment filled with streamers and balloons, equipped with a pantry and refrigerator packed full of food (including lots of snacks for growing young children), toys, and every single thing Renée could imagine a family wanted to start a new life in a new country. The Ukrainian family felt the love of people here in America because much of it was supplied by donated money. People thousands of miles away helped Renée to, literally, supply their every need!  They were able to obtain refugee status and are seeking a job.

On Good Friday just after three in the afternoon, as she was unpacking in her new room, it stopped raining.  Looking out her window she was shocked to find a view of the castle!  Renée said discovering that she still has a castle view really touched her heart.  “Every time I feel like I am giving up something or sacrificing for others, I remember the incredible sacrifice of Jesus and see the amazing blessings God that gives to me. I realize that I am not giving up anything.”

You can follow Renée’s missionary journey as she serves with the International Mission Board as a Creative Family Outreach Catalyst in Velenje, Slovenia. https://www.facebook.com/peoplesprayerpartners