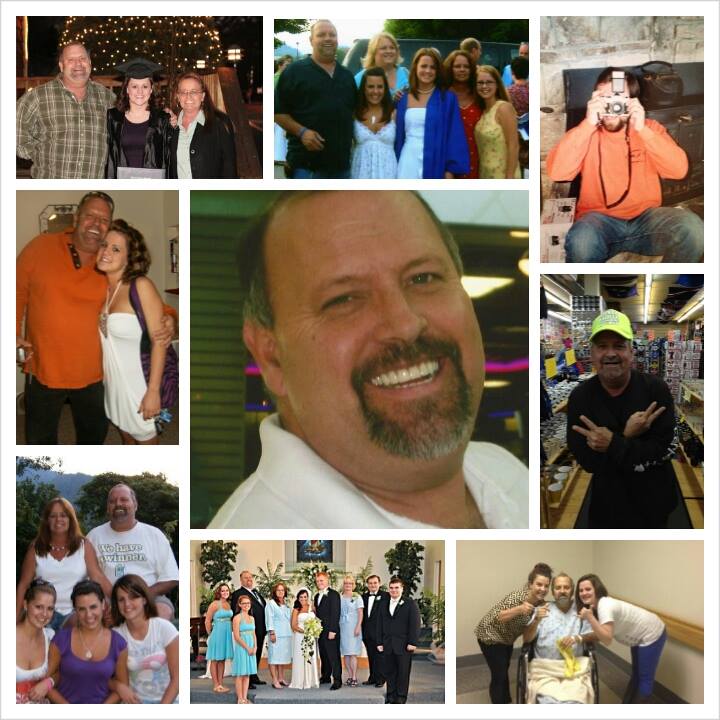 The Inside Scoop: Cancer sucks and so does our healthcare system

By Brittney Lofthouse on November 7, 2020

November 8, 2020 would have been my dad’s 63rd birthday. We lost him to Liver Cancer 7 years ago. His death was traumatic for my entire family. I was eight months pregnant with my first child, his first grandson. My youngest sister had just had her first child, the first baby of the family, and my oldest sister was newly married and making waves in her career. At some of the most important moments of our lives, we lost our biggest fan and greatest supporter.

Some people can go their entire lives without having to learn the true meaning of a tragedy, without ever having to experience the gut-wrenching pain it causes. My family was not fortunate enough to be spared from the experience.

The last good day we had with my dad was Valentine’s Day 2013. It was my parent’s anniversary and he took my mom to Fat Buddies in Waynesville for a steak, her favorite. He had started to lose weight rapidly by then, and barely ate his dinner. But despite that, he was overall ok. The days following that started a two month back and forth with doctors to figure out how he lost 50 pounds in just a few weeks.

About a month before he passed away, my dad started having knee pains. Working two jobs, he couldn’t afford to take off to rest, and with no health insurance, he had no other option but to work through the pain. He took a couple of ibuprofen, and kept working. In a few days, dad’s knee pain turned to stomach pain, so he took a few more ibuprofen. He started to get sick. He couldn’t eat anything, and would throw up everything. But he kept working, because he had no other choice. One night about three weeks ago, the pain became too much so he went to the emergency room in Sylva. After waiting several grueling hours, he was finally seen and was told that he was fine. He was given medicine to help with his nausea and was sent home. He went back to work, but over the next few days the pain got worse. He could eat less and less and had started to lose weight rapidly. The next Friday he went back to Sylva’s emergency room doubled over in pain. They gave him an IV because he was dehydrated, gave him some more nausea medicine, and sent him home.

By Sunday he was in so much pain that he drove himself to Mission Hospital in Asheville, where he was immediately admitted to St. Joseph’s. After a series of tests, they diagnosed my dad with severe pancreatitis and discovered that his stomach was full of ulcers. Not only did he have ulcers, which doctors think were caused by taking the ibuprofen, the ulcers were rupturing and bleeding out into his stomach, a far different diagnosis then they “just fine” he has received a day earlier in Sylva.

Doctors started treatment and tried to manage his pain. After a few days in St. Joseph’s when he was able to start eating solid foods without throwing it up, he was discharged and sent home.

When he got home, he slept a lot, but the pain quickly came back, and so did the nausea and vomiting. While he laid in bed sick, his boss called and told him that since he had missed a week of work while at the hospital, he had lost his job. Just another blow that my family had to deal with.

By the following Friday, he was doubled over in pain again and found himself back in the Sylva Emergency Room. This time, even though Sylva knew of the diagnosis he got while in Asheville, they still told him there was nothing they could do for him and that he would have to follow up with his family doctor that Monday. The same happened again Saturday night. On Sunday night, my mom drove him to the Franklin hospital hoping that some doctor would see that he was sick and offer to help. Franklin began to treat him and were able to come to their own diagnosis of pancreatitis, but before they could treat him, they found out he had been in Sylva the night before, and sent him home with the same recommendation, to follow up with his family’s doctor on Monday.

When Monday rolled around, my dad’s family doctor was booked and couldn’t make time to see him. He could not handle the pain any longer and was nearing 60 pounds of weight loss in just six weeks. My mom drove him to Asheville, where he was once again admitted. My dad’s new doctors were apologetic and said that he should have never been discharged in the first place. The doctors started to look for a cause of pancreatitis.

On Thursday, nearly a month after his first doctor’s visit, a simple MRI found that my dad’s liver was completely consumed with cancer. The right quadrant was covered in masses, as was the left. The tracts connecting his liver to other organs in his body were also covered, showing signs of the cancer spreading. Doctors gave him four to six months to live.

I was at work when I got the call. I was 24 years old and was expecting my first child, due in May. I answered the phone and was told to come to the hospital because they finally found out what was wrong, and he didn’t have much more time. The only thing I could think about was that my son will never get to know his grandpa. Devastation does not even begin to describe what I felt. Complete heartbreak.

When I got to the hospital, I walked into the room with my older sister, and my dad was laying in bed just smiling. He immediately told us not to be sad. Way easier said than done. In complete hysteria, through my tears, I tried to explain to him that I was not just sad for myself, but I was said for Turner, my unborn son. My dad took my hand and told me that he knew God wanted to take him to heaven so Turner would have his own guardian angel and promised me he would be by Turner’s side every day of his life, even if we couldn’t see him.

When I heard the news, my heart broke for my little sister and her one-year-old daughter Madison. My little sister has always been the baby of the family and a daddy’s girl through and through. She and her boyfriend instantly came to the hospital from their home in Knoxville. I want to be happy that Madison has had the chance to meet my dad, but all I can think about is how much she smiles when he holds her, and in a matter of months, I won’t ever get to see that smile on her again.

I couldn’t even begin to think about my mom. She was trying her hardest to keep it together for us and for my dad, but I couldn’t imagine what she was going through. And my older sister, who is the spitting image of my dad, and embodies all of his quirks and personality.

The hardest thing I have had to do to date is look at the man that I have always seen as indestructible and infallible, to see the strongest man I have ever known lay in bed fighting for his life, still, find the strength to look at his girls and tell us it is going to be ok because he isn’t scared. To hear him tell me that his fate was predetermined by God before he was born and that it may seem hard now, but that it is all apart of God’s plan. He is the one who had days left on his life, but just like he has done our entire lives, his every breath is intended toward taking care of us and making sure that we are ok. We should be comforting him, but because of the strong, loving, amazing father he is, he continues to put us before himself.

Just a week after we got word of his diagnosis, doctors changed his 4-6 month outlook to just a few more days. They took him off of all his IVs, he wasn’t eating, and then we just had to wait. When  I left work on Friday and headed to the hospital, I pleaded to God to give me one more day with my dad. One more good day. It may not have been what I was I was praying for, and despite him being pretty confused still, Friday night, we were able to wheel him around the hospital, listen to him tell jokes, and just be with him. I spent the day with him on Saturday and watched him light up when old friends came to see him. I got to hug him. I got to pray with him. I got to cry with him, and most importantly, I got to hear him tell me that  he would love me forever. I was at peace and thankful that God answered my prayers.

I know death is imminent. I know that there is nothing we could have done. But I am also a firm believer that my dad is one of the millions who fall victim to the healthcare system in our country. Not being able to afford health insurance. Not being able to have access to the life-saving care he needs. I will always spend my last breath fighting for change when it comes to ensuring that everyone has access to treatment to simply keep them alive. It is not political to me, it is just what is right.

Published in Latest News and Opinion