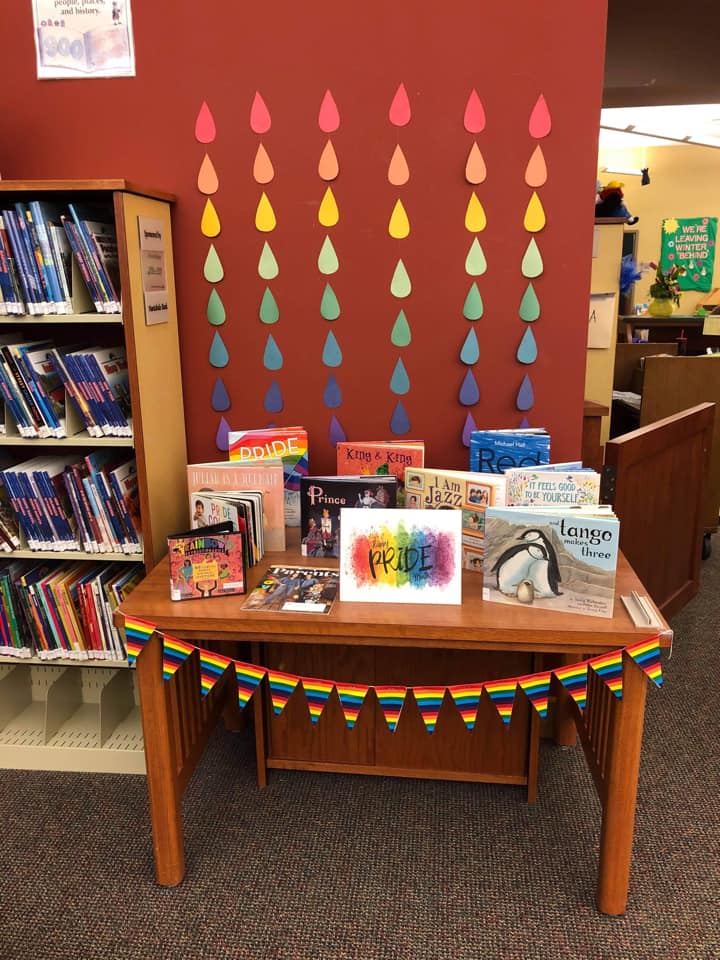 The Inside Scoop: I am obnoxiously loud, and I always will be.

I lost a job one time because of being too outspoken on Facebook. The company I worked for and I had different views — or in my opinion — different values, and because those did not line up, they asked me to resign. When I was offered the job at WCU recently, Nick and I had real discussions about whether or not that same thing could happen again — would I be capable of dimming my light in order not to offend my new employer? We both knew that was possible and that played a huge role in my decision to not accept that job… a job so good I thought I could only ever dream about it. But Nick and I both knew that at some point, “something” would happen and I wouldn’t be able to keep my mouth shut — paraphrasing the wise words of Mr. Ron White — while I may always have the right to remain silent — I never have the ability. Last night — that “something” happened and I couldn’t keep quiet and now after a poor night’s rest… I think I am calm enough to address it.

After leaving my full-time 9-5 job I rushed to the Macon County Board of Commissioners meeting. I was running late so I didn’t have time to take Turner home, so for the first time in years, he went to the meeting with me. I promised him we wouldn’t stay long as I planned to address commissioners about transparency and access to public information issues I have been having for a story I am writing. So you can imagine my surprise when the first speaker stood up to address commissioners during public comment to share his disdain for a Pride display that was featured in the children’s section of the Macon County Public Library. The speaker had vile things to say about the display, requests to remove county funding from the library because of the display, seemingly even threaten commissioners by reminding them that “the majority of their constituents” wouldn’t have agreed with the display… I honestly couldn’t wrap my head around the words I was hearing.

That speaker was followed by another sharing the same sentiment, but even going further with cries of how we must save the children from such horrific propaganda — claiming the library was indoctrinating our children — and somehow found a segue to link it to medical malpractice. The second speaker mentioned how as a parent of an 8-year-old daughter, she didn’t want to be forced to answer questions she wasn’t prepared for from her child because of a display at the library. Turner is 8 years old — that was the moment that I knew I was going to say something and just hoped the good Lord would give me the strength to keep it respectful. I would hate to end up on the front page of the paper for losing my cool — dang media!

There was a third speaker — but to be honest, beyond knowing he shared the same viewpoint as the first two, and that he mentioned a grandchild — I don’t remember much of what he said because at that point I was HOT.

When Commissioner Tate called me to speak— I started by telling them that while I had intended to speak to them in my professional capacity — the mother in me overruled — and I was there as an individual. I say that, because some of my colleagues will say that as a member of the media it is unethical for me to speak out in such a manner — or even to write this very editorial — and I don’t even completely disagree with that notion — however, I don’t think my readers would expect anything different from me, and if you do, then prepare to be disappointed, not just now, but probably many times in the future as well. I diligently work to remain objective and 99% of the time, I think I am successful in that, but that 1% of moral humanity in me comes out — and after all, I am only human.

The first speaker said that the people who would support such a display at the library are always obnoxiously loud. And while I am no doubt obnoxiously loud — Its because I support loving and accepting everyone regardless of their shortcomings — even if those shortcomings are being narrow-minded and attempting to ostracize a community of people because you disagree with how they live their lives. I can guarantee that my 8-year-old son was more traumatized by listening to a grown man scream anal sex during a commissioner’s meeting than he would have been by walking by a rainbow-colored table at the library. And to the speaker who didn’t want to have uncomfortable conversations with her 8-year-old because of a penguin book on a table at the library — I want to thank her for giving me the opportunity to have an extraordinarily uncomfortable conversation with my 8-year-old on the ride home regarding why “those people” were so mean to people like his grandmother. A grandmother who loves him with ever fiber of her being and a grandmother who despite who she is married to — gives her all to her family, her community, and yes, even her church.

No one… and I mean NO ONE… should ever be made to feel lesser than because someone else holds themself in such high regard. While one speaker claimed that the majority of people in Macon County shared his views, I think the response from last night’s meeting will show quite the opposite to be true. Because it doesn’t matter what your political beliefs are — it doesn’t matter if you celebrated Pride or not — the majority of the people that I know, put love first — put respect first, put understanding and compassion first. And even if they don’t agree with that lifestyle choice — they certainly don’t look down on and degrade others because of it.

And to claim it was for the children — or to save the children… right here in Macon County we have lost young children to suicide because they struggled with their sexuality. If that display made one person feel accepted… it was worth it.

And aside from the mother and empath that I am — there is the writer and literature lover in me. Demanding a public library somehow be held responsible for displaying certain books you don’t agree with, certainly reminds me of burning books in the 60s. What is next? Hiding books by George Orwell because he was a socialist? Gertrude Stein because she once said Adolf Hitler should win the Nobel Peace Price? What if the photo of her saluting outside his bunker makes it to social media…We definitely need to take all the Ernest Hemingway books off the shelves — afterall he was a KGB Spy!

My favorite children’s author to this day is Rolad Dahl. I don’t know many children who didn’t grow up loving his books like Charlie and the Chocolate Factory, James and the Giant Peach — some of his classics were recently made into big movies — the BFG & the Twitches — I have a complete collection of his works on my bookshelf today and is a renowned children’s author— and he was also an ant-Semitic jerk who berated his staff constantly.

And while we are taking the moral high ground… don’t forget that Charles Dickens who had 10 kids with his wife and then got bored of her so he started having an affair with an 18-year-old — when he was 45. If the speaker from last night who went into the personal life of one of the books on display’s author wants to be fair, she may want to look up any personal background of any famous author — because we are notorious for being obnoxiously loud, drunks, who make poor life decisions but produce cultural movement producing, history changing pieces of literature.

I say all of that to say this… I do not care who you are, what you look like, where you are from, who you love, or anything else. I love you… even if I don’t agree with you… I love you. And as long as I am breathing, I will always, and I mean always, be obnoxiously loud about standing up for things — or people— who may not have the ability or the courage to speak up for themselves.

The Southern Scoop
More from OpinionMore posts in Opinion »