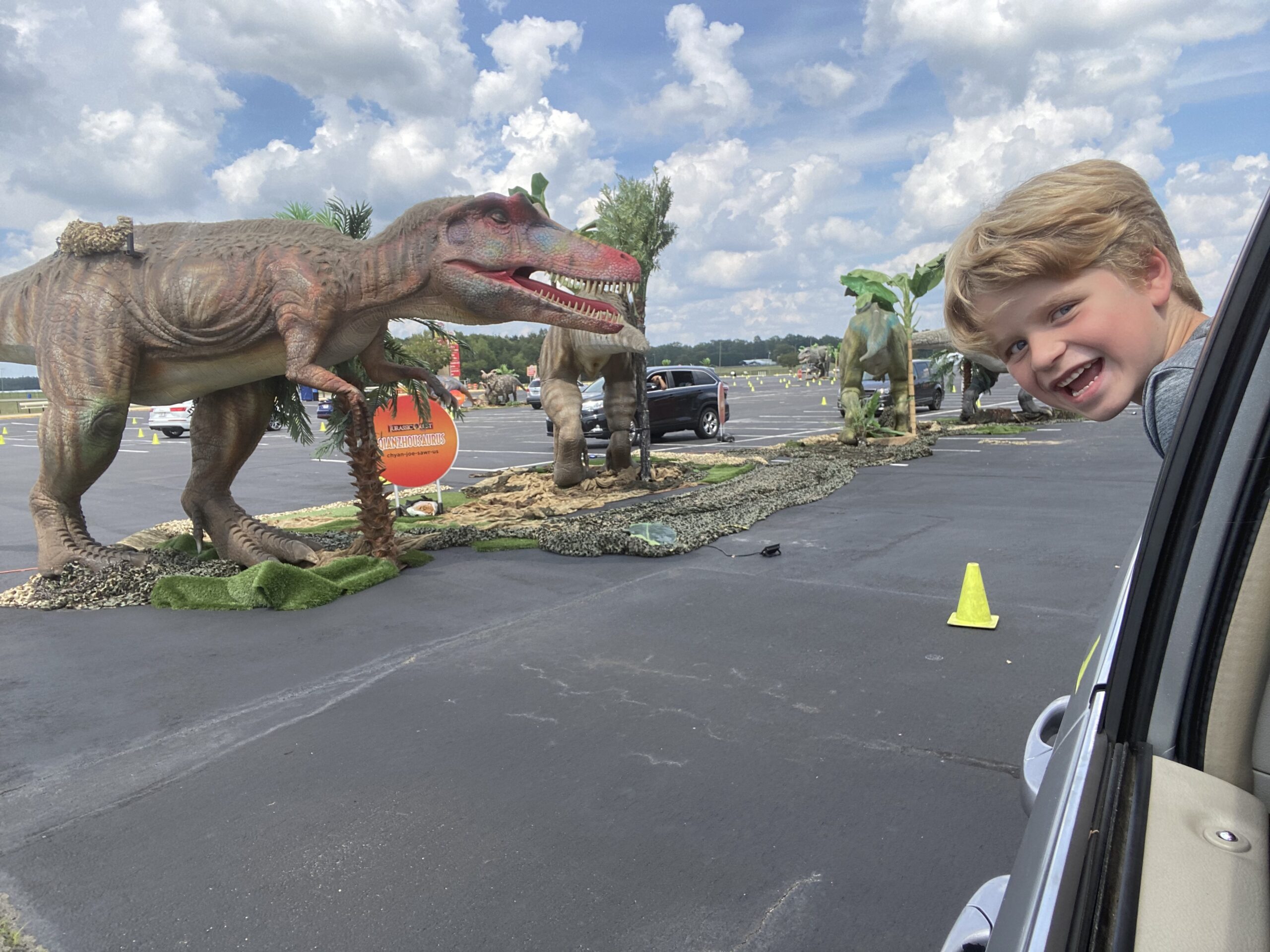 The Inside Scoop: Jurrasic Quest at Atlanta Motor Speedway

I have always packed my days with the kiddos full of adventure and excitement. COVID19 has made it a little difficult to find things opened and safe for us to continue our adventures, so when I saw that Jurassic Quest was offering a drive-thru event, I didn’t hesitate to buy tickets. 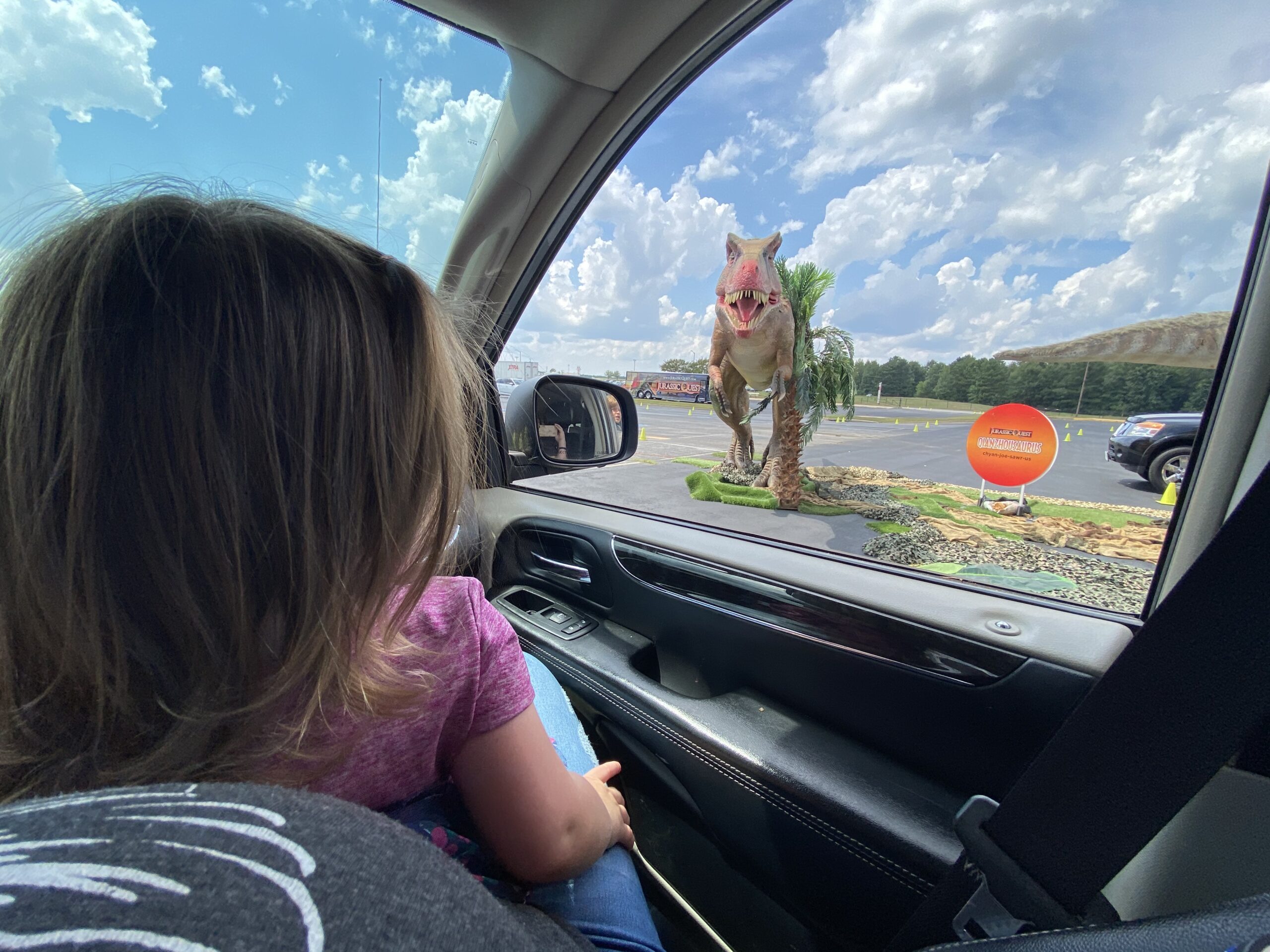 For $50, the whole family was covered for the drive-thru style exhibit. I have been to Jurassic Quest events in the past, which includes life-size dinosaur displays. I already knew heading down to Atlanta today that the quality of the dinosaurs was enough to make even my seven-year-old question if they were “real.” The actual event itself was really cool — was it worth the three hour drive with my one and two year old screaming the entire time? I am not so sure about that one. 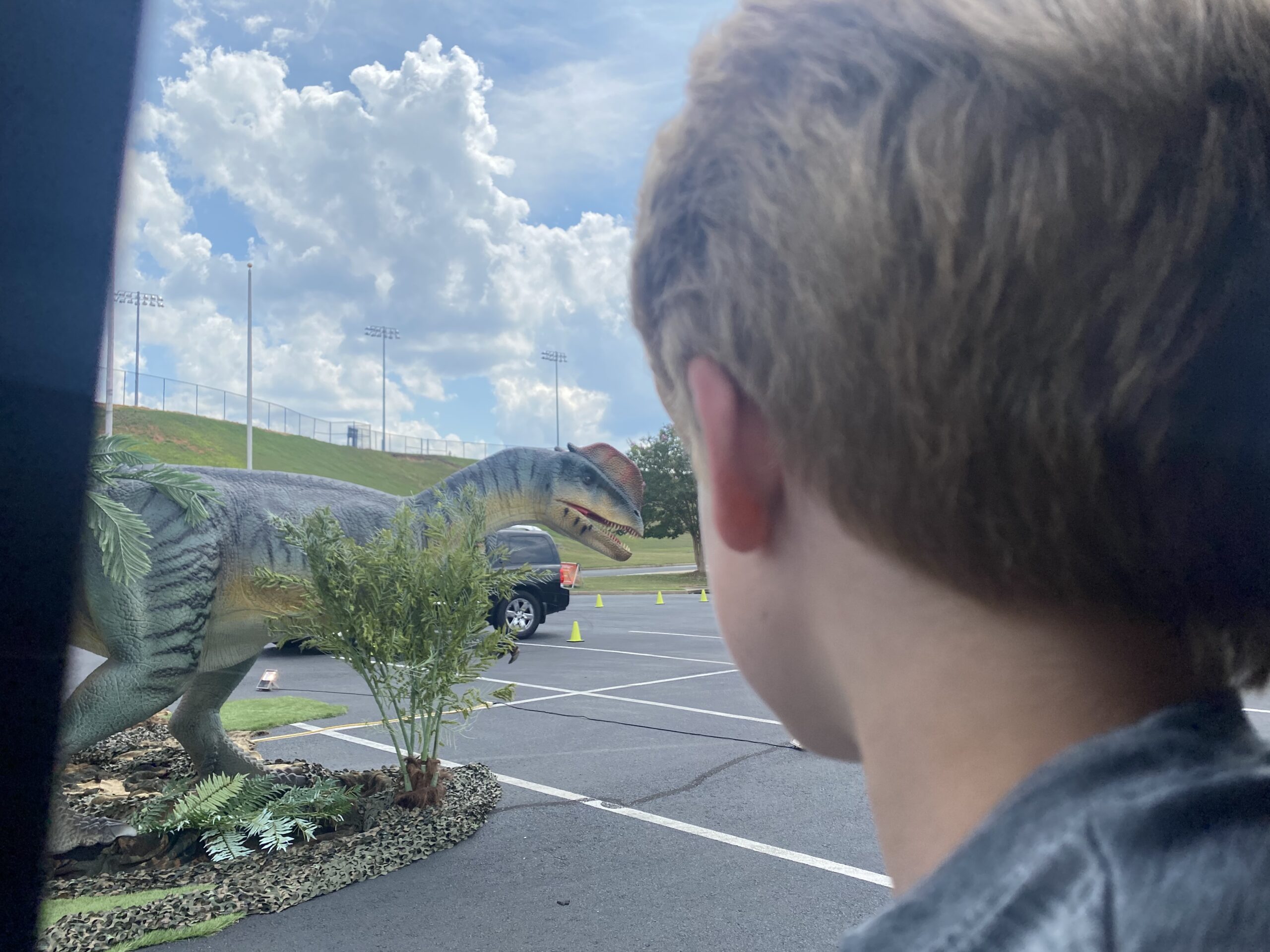 The dinosaurs are set up in the parking lot of Atlanta Motor Speedway – there aren’t a ton of signs to direct you there, but luckily GPS will take you right to where you need to be. It was quick to get in line to drive around the exhibit, which got you pretty close to the massive displays.

There was an option to play a recorded link that told you about the dinosaurs, however, we did not have an auxiliary cable to play it through the car speakers, and it was too quiet on my cellphone alone to serve much of any purpose. So I would recommend making sure you can play it through your speakers as the sounds is supposed to follow along with the exhibit.

The dinosaurs are stationary, but they are animated. Their heads move from side to side, their mouths open and close, and there are speakers set up that play roaring sounds which was really cool.
If you have ever been to a Jurassic Quest event, or even somewhere like Universal Studios, you have seen the baby dinosaurs that are held by “handlers.” They are essentially really life-like puppets. I was excited to see that the drive-thru incorporated two of these baby dinos into the exhibit. Two handlers were set up to walk up to your car at one point during the exhibit and tell you about the dinosaur and let the kiddos get up close with them. I actually liked this better than the other Jurassic events I have been to because the baby dinos are typically the most sought after and are always crowded. But with the drive-thru, it was great to get a chance to see them.

There is a drive-thru gift shop with toys priced as you would expect – we did not purchase any but they would make great souvenirs if you want to spend the money. 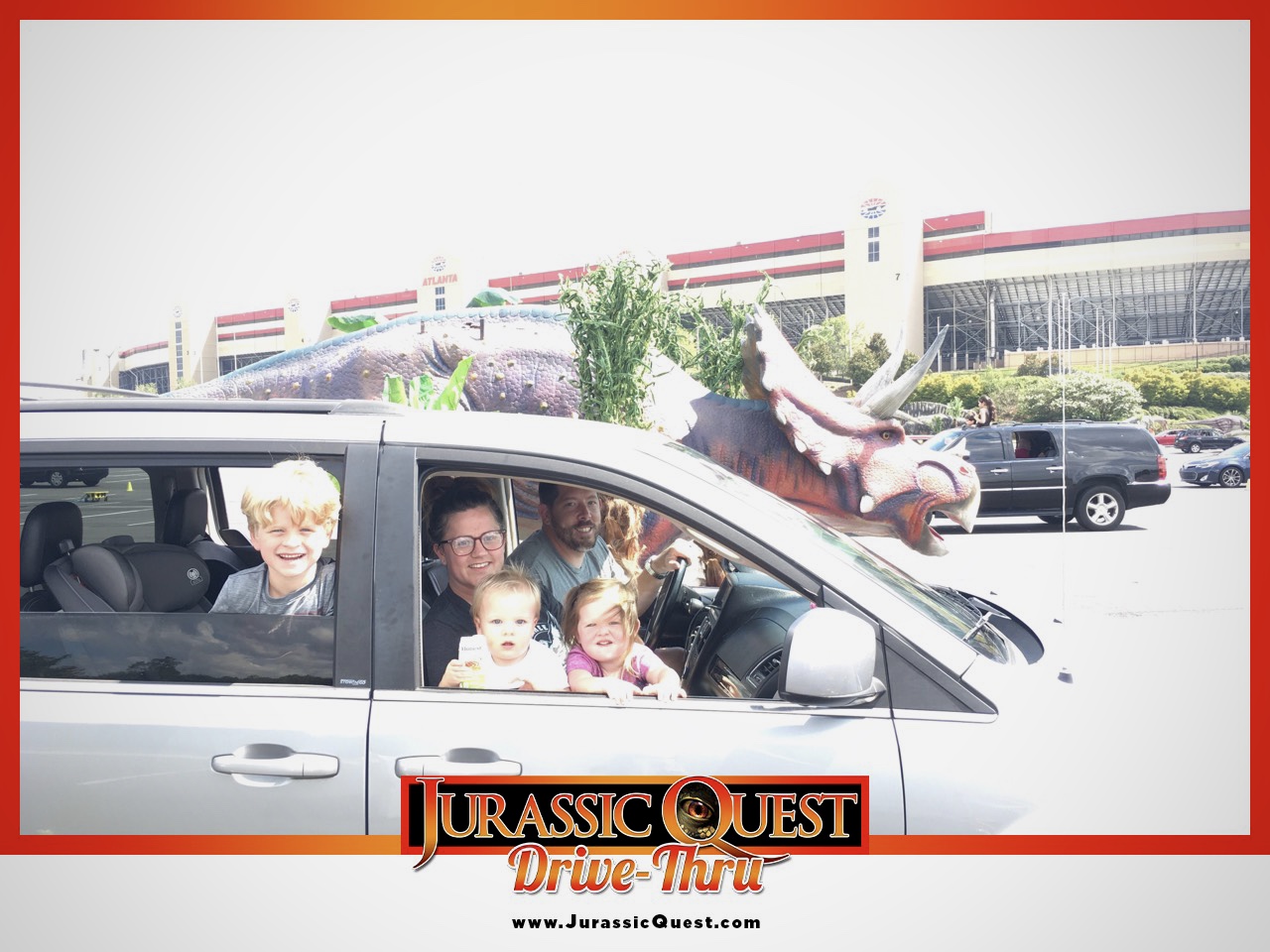 And probably my favorite part of the exhibit is the free photo at the end! You stop and pose with a dino behind you and are given a card to access the photo for free online. It is a neat souvenir and makes up for not getting to take pictures with the displays.

The Atlanta event started on July 31 and it goes through August 16. Tickets can be purchased online. If you can’t make the Atlanta exhibit, check out their website for other locations coming soon in South Carolina and Tennessee.

Published in Fun and Events and Opinion