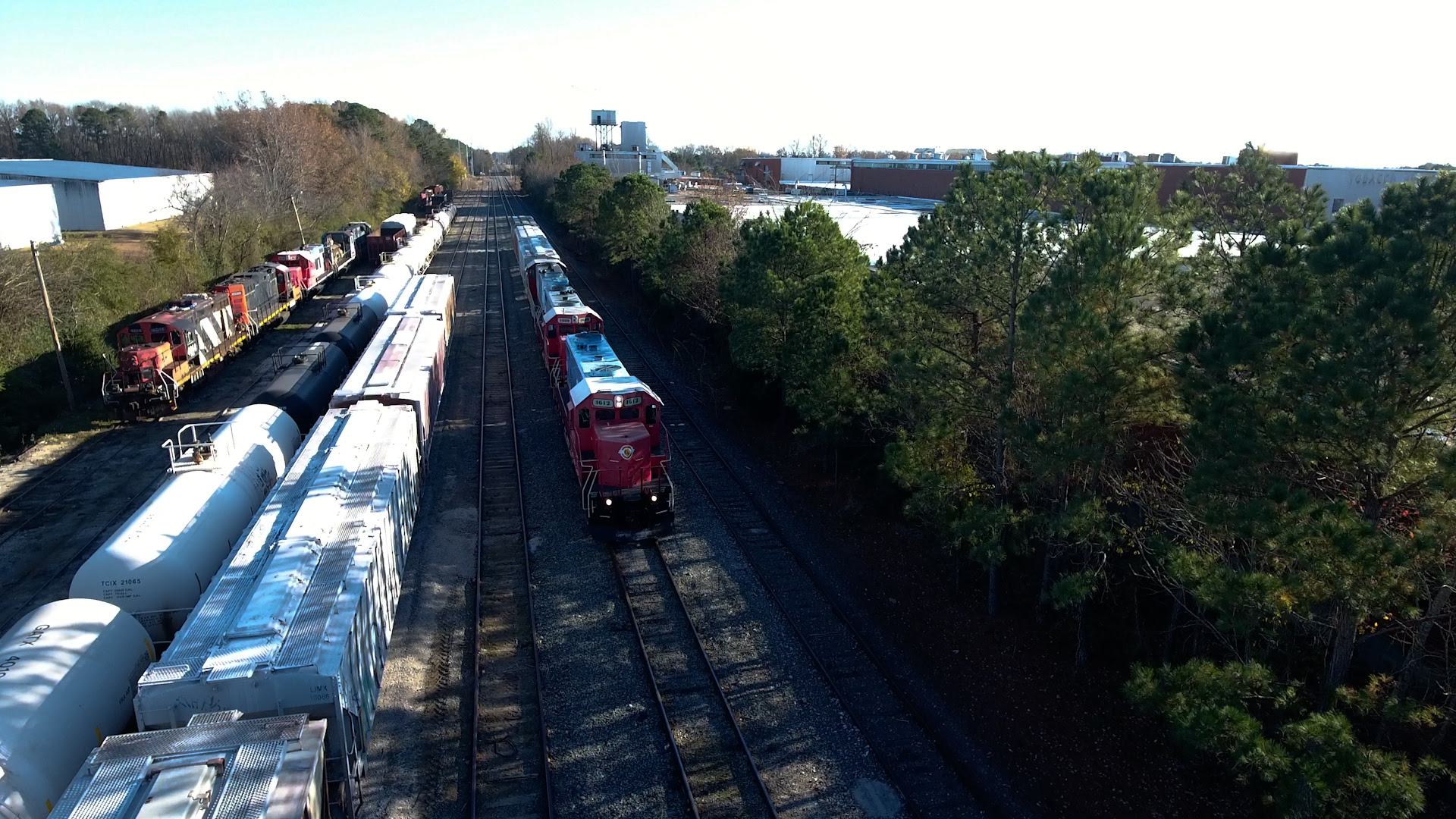 RALEIGH – The North Carolina Ports Authority and 13 short line railroads will be improving their rail infrastructure thanks to approximately $10.9 million in matching grant funds being awarded as part of the N.C. Department of Transportation’s Freight Rail and Rail Crossing Safety Improvement program (FRRCSI).

Among the 13 short line railroads to receive a grant allocation, the Great Smoky Mountains Railroad was awarded $921,950 for bridge improvements as well as track, rail, and crosstie upgrades.

FRRCSI supports rail infrastructure health, safety and performance throughout the state, enabling NCDOT to partner with rail companies on improvement projects to effectively move freight. This partnership helps railroads efficiently meet customer needs in cost-effective ways while preparing them for growing service demands and partnerships with new businesses and industries.

The Great Smoky Mountains Railroad (formerly Railway) owns 53 miles (85 kilometers) of the Murphy Branch, a former branch line of the Southern Railway between Dillsboro and Andrews, North Carolina. The line features two tunnels, and 25 bridges, and was completed to Dillsboro in 1883 and reached Andrews in 1890.

GSMR began operations in 1988, through a lease agreement between the NCDOT and Malcom and Joan MacNeil. With help of a team of investors, the MacNeils secured the lease within 48 hours of the Norfolk Southern Railway dispatching work trains to the Murphy Branch to begin dismantling the track. The GSMR route uses a route which passes through “fertile valleys, a tunnel and across river gorges” in the Great Smoky Mountains of Western North Carolina. In December 1999, MacNeil sold the GSMR to American Heritage Railways, owners of the Durango and Silverton Narrow Gauge Railroad (D&SNG) in Colorado. In 2000, with a new Tuscan red and gold stripe livery, retiring the bright and colorful blue, yellow and red “circus train” livery, the GSMR debuted as the newly formed Great Smoky Mountains Railroad.

The awarded grants are matched with railroad investments to contribute more than $21.7 million in rail infrastructure improvements statewide. Together, these projects will upgrade more than 12 miles of railroad track and 35 bridges in North Carolina. The funds awarded are as follows:

Aberdeen and Rockfish Railroad: $419,175 for rail upgrades on the mainline (Hoke County)

The Freight Rail and Rail Crossing Safety Improvement Program was established in 2013 by the General Assembly.