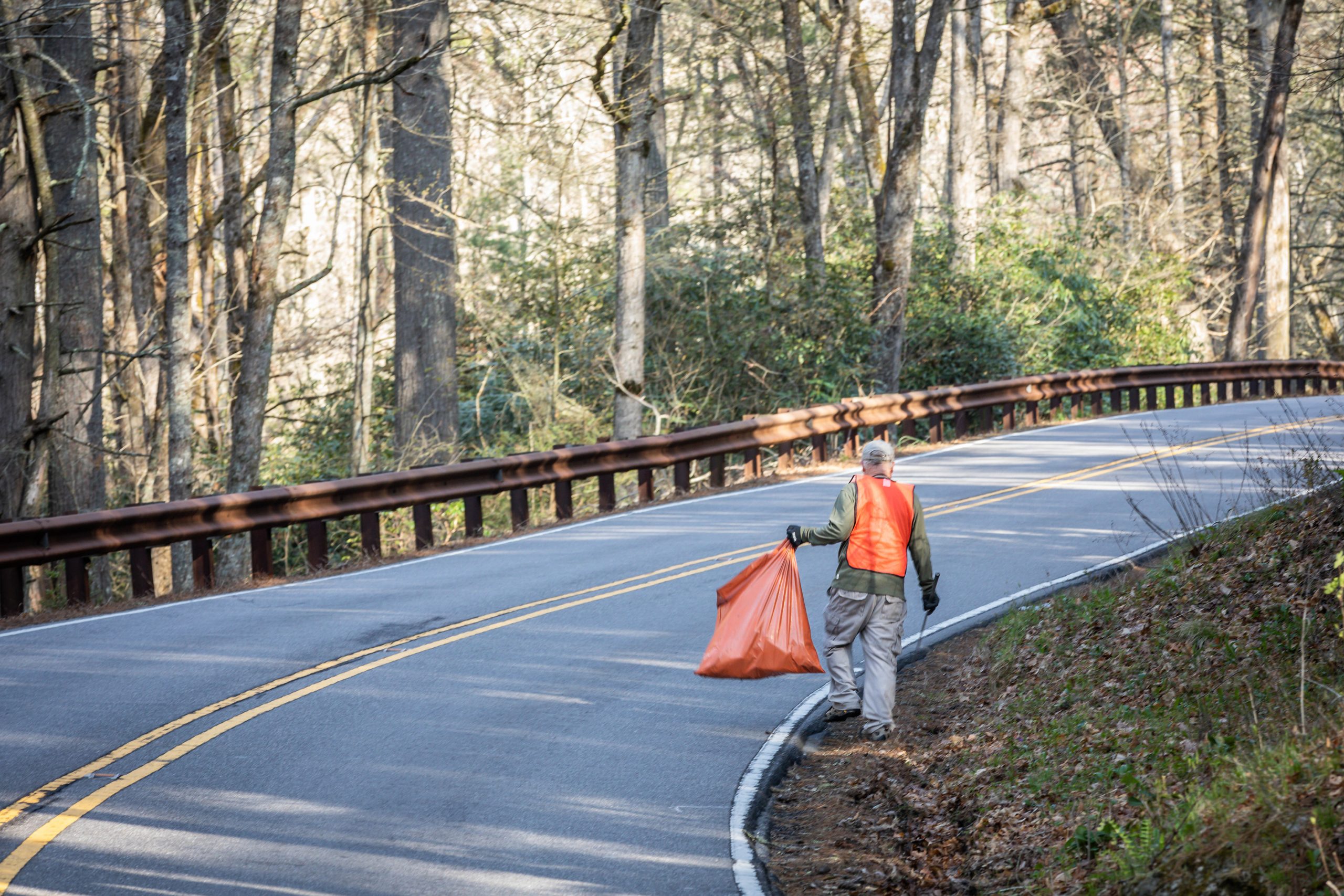 HIGHLANDS, N.C. – Breaking previous records, approximately 130 volunteers helped spruce up Highlands and surrounding highways this past Saturday, April 23, as part of the annual Plateau Pickup, organized and hosted by the Highlands Chamber of Commerce/Visit Highlands, NC. Volunteers collected approximately 15 tons of garbage along the roadways.

“We’re incredibly grateful for our project partners and the record-number of volunteers – groups, families and individuals – who spent a gorgeous Saturday in the mountains collecting garbage discarded along our roadways,” says Kaye McHan, executive director of the Highlands Chamber of Commerce/Visit Highlands, NC. “We treasure our beautiful mountains and charming town, and it is wonderful to see the area clean and green as a result of this community effort.”

Dressed in the provided safety vests and gloves, and carrying pick-up tools and garbage bags, the volunteers canvassed stretches of U.S. 64 towards Cashiers as well as Franklin,

N.C. 28, N.C. 106 and most of downtown Highlands. Kelsey-Hutchinson Founders Park served as the event’s starting and ending destination.

The Highlands Chamber/Visit Highlands, NC provided two meals for the volunteers – breakfast from Calders Coffee Café and lunch from Secret Garden Market. As a token of appreciation, volunteers received a t-shirt.

For more information about Plateau Pickup or other Highlands events, visit highlandschamber.org.