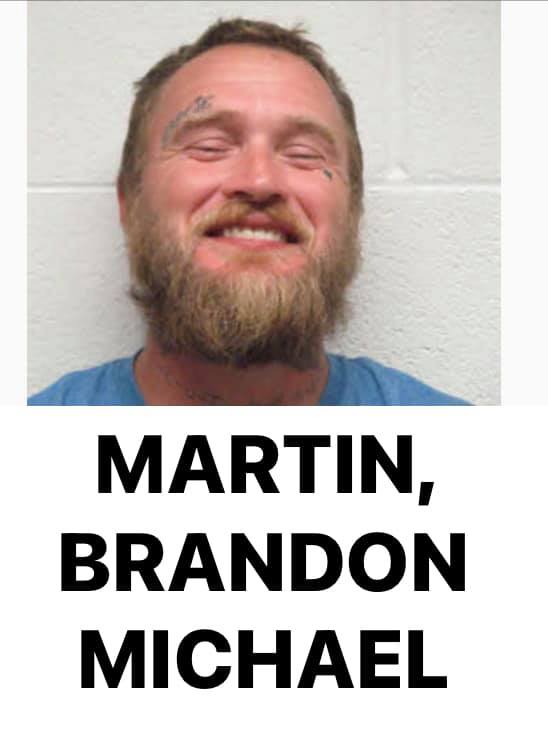 By Brittney Lofthouse on December 8, 2020

The Macon County Sheriff’s Office arrested a 31 year old man wanted for the murder of his 24 year old girlfriend this week.

Brandon Michael Martin, 31, was arrested in Franklin this week awaiting extradition to Florida. He is currently being held on two Bradford County warrants connected to a stolen car and weapon.

Martin will be extradited to Florida where charges include first-degree murder, grand theft auto and destroying evidence are pending.

On December 1, Alachua County Florida sheriff’s deputies were called to a home after a family member found 24-year-old Annette A. Miller unresponsive.

A medical examiner’s office found a bullet wound which caused her death. Miller’s vehicle and a gun were believed to be missing from her residence.

Law enforcement sought Martin for questioning in the murder and the investigation located him, along with Miller’s car, in Macon County this week.

Martin was thought to be coming back to Macon County from Florida and we had substantial reason to believe a female living in Macon County was also in danger. A former girlfriend had taken a Domestic Violence Protection Order out against Mr. Martin but had no knowledge of the homicide that had already taken place in Florida.

Macon County authorities were able to set up surveillance to locate Martin and apprehended him without further incident.

“This was outstanding police work by all involved,” said Sheriff Robert Holland. “Officers with Alachua County Sheriff’s Office and Franklin Police Department worked tirelessly throughout the day with the Macon County Sheriff’s Office to locate Martin. The dedication and perseverance of these officers potentially saved the life of another girlfriend and helped ensure that any bad intentions that he may have had, would not be carried out.”