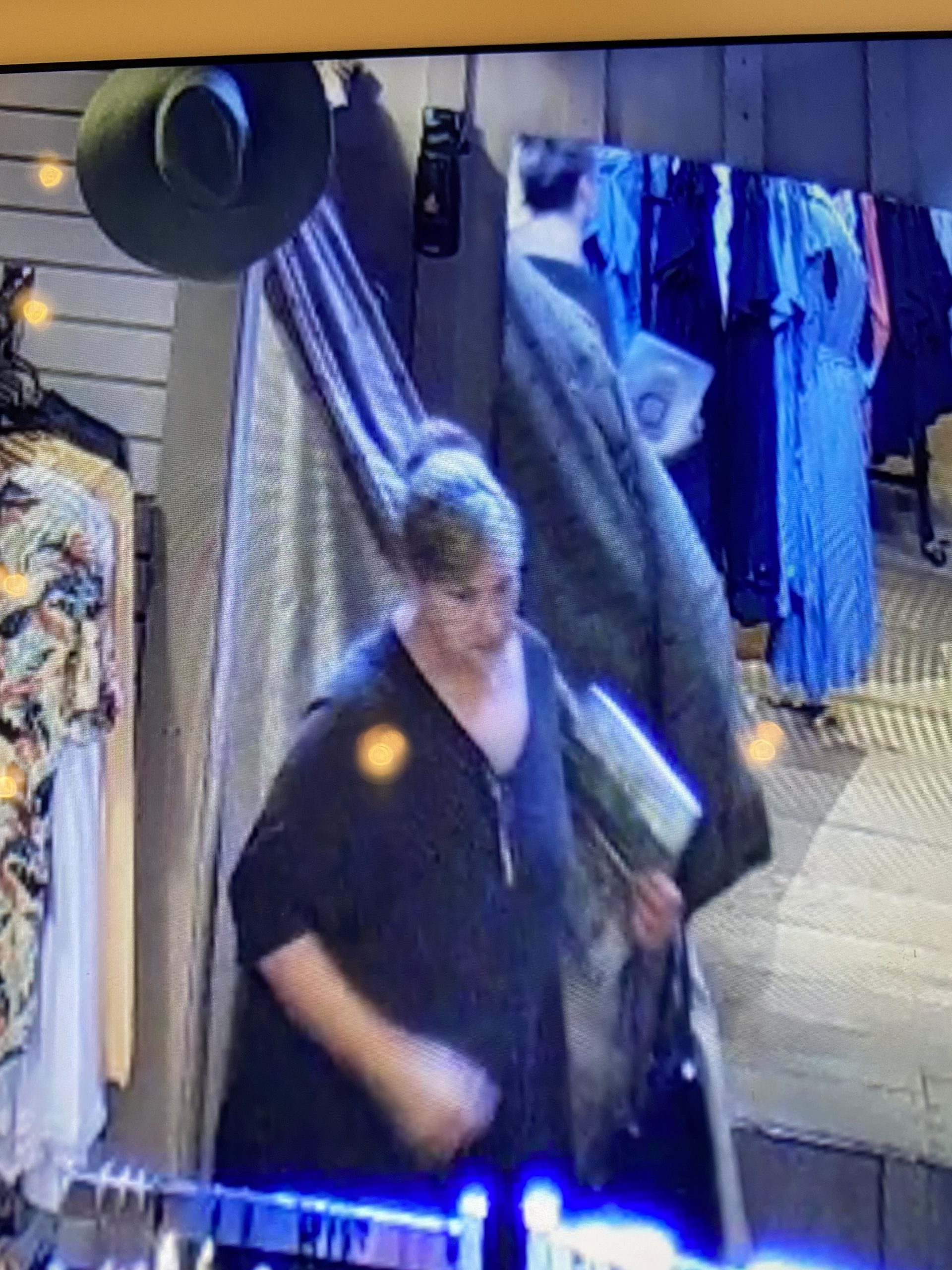 Highlands Police are looking for a heavy-set white female approximately 5’5” to 5’ 8” tall with sandy blonde hair and between 45 to 55 years of age.  She was operating a silver/gray sedan with a sunroof that could be a Honda Accord or other similar model.  This woman could also be traveling with a yellow Labrador retriever.

This shoplifter visited at least two businesses on June 16th and stole several hundred dollars of merchandise from each location.

On June 16th, a Highlands Police officer was approached by a local business owner who believed that a customer had stolen a very expensive piece of artwork.  The next day, June 17th, officers were called to another business reporting a shoplifter from the previous day.  Video footage from both stores shows the same woman.

On June 17th, the criminal returned to one of the stores.  The business owner recognized the woman, locked the store, and attempted to call 911.  The woman physically struggled and pushed the shop owner to leave the store.

Highlands Police Investigators are actively investigating these incidents and are asking the community for any information about the identity of this person.  Anyone with information is asked to contact Detective Sgt. Tim Broughton at 828-482-2255 or Lt. Leah McCall at 828-482-2756.  All callers will remain anonymous.