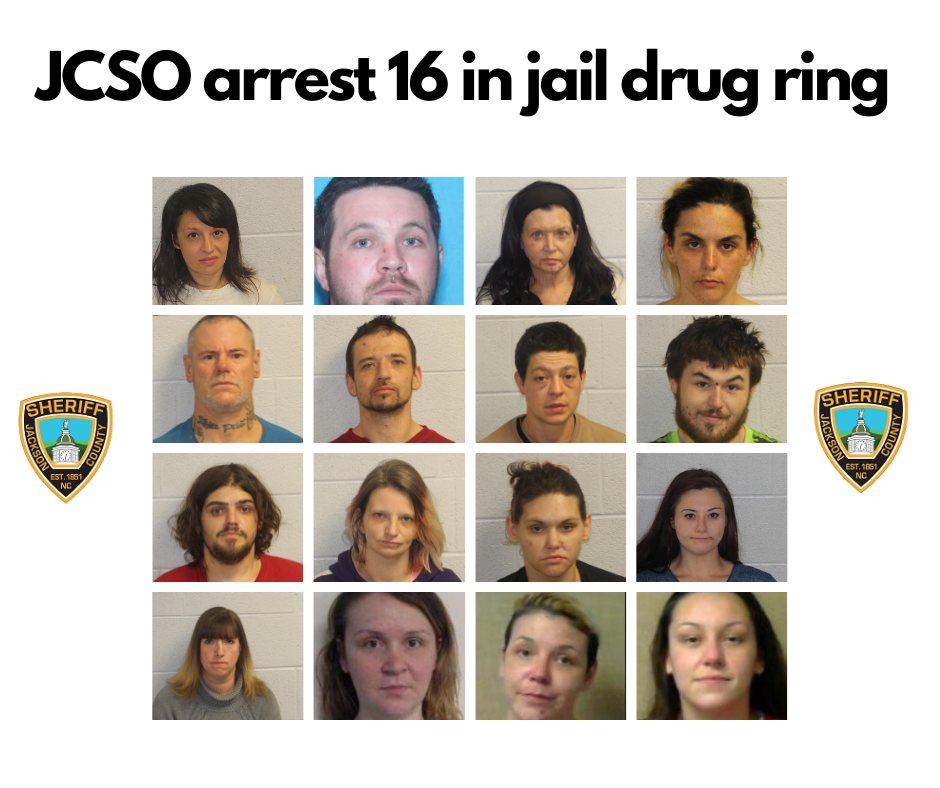 An overdose at the Jackson County Detention Center on December 25, 2021 resulted in the arrest of Former Detention Officer Patty Stillwell.

The Jackson County Sheriff’s Office initiated the investigation after an inmate overdosed and was transported to Harris Hospital. The inmate made a full recovery.

During the course of the investigation, conducted by deputies and the North Carolina State Bureau of Investigation, 16 individuals have been charged in connection with bringing, or conspiring to bring, drugs into the Detention Center.

The individuals charged are as follows:

*A previous version of this article stated Dakota Anders was arrested in connection to this incident. According to the Jackson County Sheriff’s Office, the charges against Anders have since been dropped.*

“The men and women employed in our detention center work hard each and every day. It is
disappointing the actions of a single employee overshadows the great work our detention staff
performs daily.” – SHERIFF CHIP HALL

“As Sheriff of Jackson County I will continue to have high standards in the area of employee conduct
and will take swift action when these standards are not met.” – SHERIFF CHIP HALL