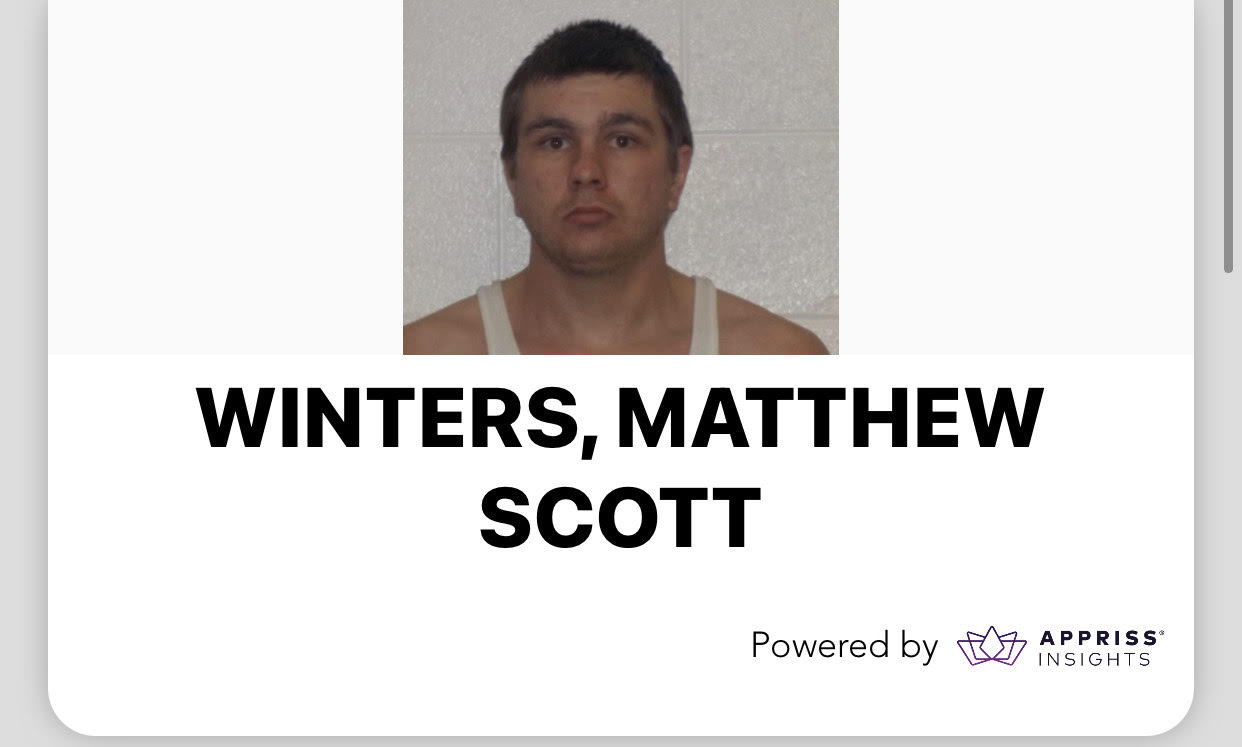 By Brittney Lofthouse on February 1, 2021

District Attorney Ashley Hornsby Welch said a Franklin man who pleaded guilty last week to trafficking in methamphetamine has been sentenced to serve 70 to 93 months in prison.

Winters was a passenger in the car that was northbound on the Georgia Road in Macon County. Officer Dula turned his patrol vehicle from the southbound into the northbound lanes, near Belden Circle.

While speaking to the driver, he smelled the odor of marijuana coming from the car.
In Winters’ black backpack, Franklin police discovered in the ensuing search:
• Folded tinfoil with a pill inside that had burn marks.
• A baggie with 1.83 grams of marijuana and rolling papers.
• A can of WD-40 with a false bottom; inside, .32.39 grams of methamphetamine.
• Various drug-related paraphernalia, including a glass smoking pipe and a large flat metal spoon.