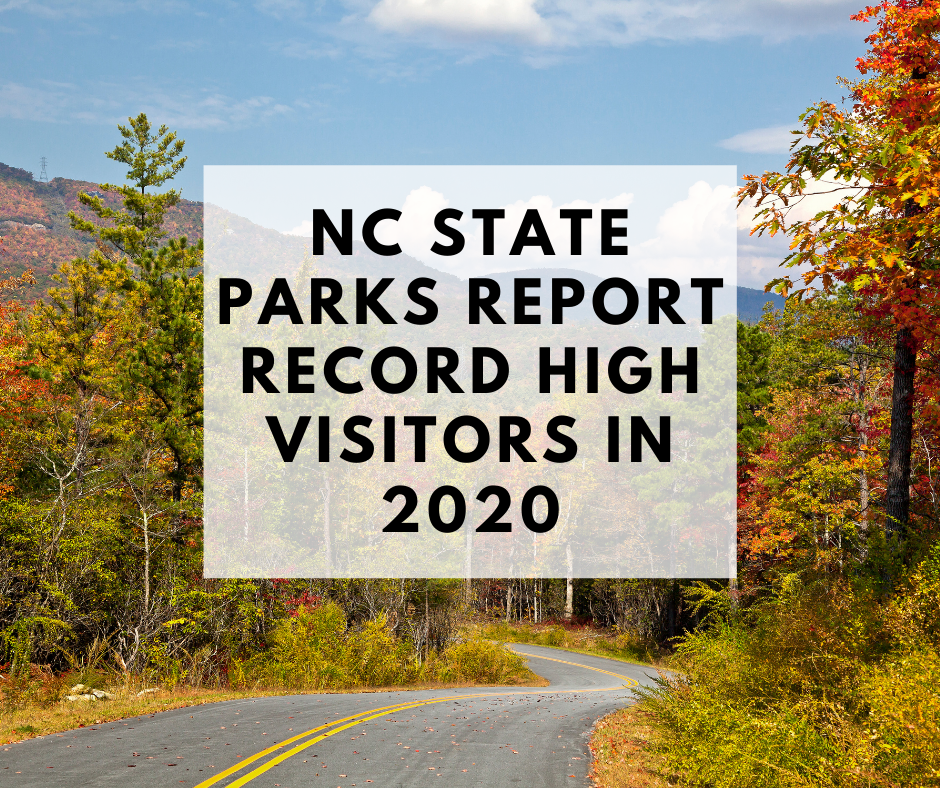 “As we came together to face the pandemic, our state parks became a comfort in a time of isolation,” Gov. Roy Cooper said. “The records set in park visitation show that our outdoor spaces hold even greater value than we could have imagined before the challenges of the last year.”

Park staff attribute the increased visitation not only to public recognition that outdoor recreation promotes better health during the pandemic, but also to recently completed Connect N.C. Bond projects at parks across the state. These projects include improved and expanded campground facilities, new trails and visitor centers and improved parking and access.

Among 41 state parks and recreation areas, 28 reported increases in visitation in 2020, despite the majority of parks being closed for weeks at the outset of the pandemic. Jockeys Ridge State Park in Dare County reported the highest visitation at 1.9 million, and was among seven state park units that welcomed more than a million visitors. The others were Carolina Beach, Pilot Mountain, William B. Umstead, Fort Macon and Eno River state parks and Falls Lake State Recreation Area. Jordan Lake, Kerr Lake and Falls Lake welcomed fewer visitors than previous years due to several weeks of closed campgrounds, facilities and boat ramps.

Several parks experienced visitation increases in excess of 25 percent compared to 2019, including Carolina Beach (78 percent), Mayo River (92 percent), Raven Rock (32 percent) and Grandfather Mountain (32 percent). The month of December was the busiest December on record, with South Mountains up 98 percent for the month and William B. Umstead up 68 percent. Hammocks Beach welcomed 67 percent more visitors in December than the prior year, and Hanging Rock welcomed 57 percent more visitors.

With increased visitation also came challenges such as overflowing parking lots, litter on park grounds and damage to natural resources from heavier use of trails and popular sites. According to the Division of Parks and Recreation, visitors can help to reduce negative impacts in the parks by carrying a bag for their own litter; wearing a mask when they approach other visitors; staying on trails to avoid damaging natural resources; visiting less popular parks or less popular trails in parks; and visiting on weekdays or visiting earlier or later in the day to reduce crowding.