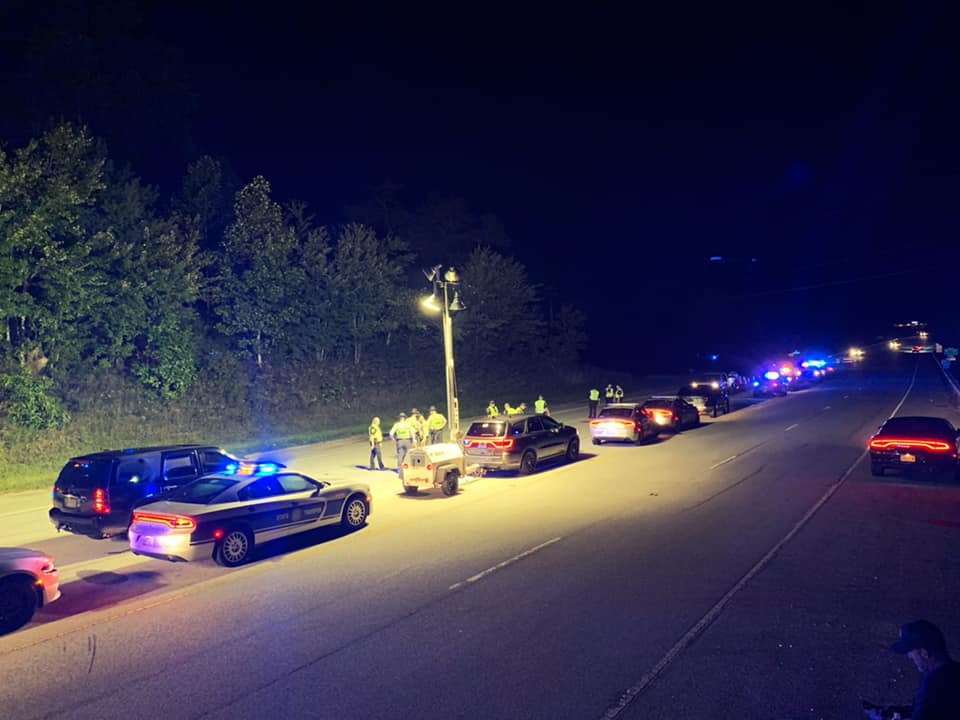 Jamie Avila-Reyes, 41, of Clayon, was driving his pick up truck on US 441 traveling northbound around 6:30 p.m. when he crossed out of the northbound left lane and struck Zajdowicz headon near Mountain Lakes Hospital. Zajdowicz died in the crash and Avila-Reyes was transported to Northeast Georgia Medical Center in Gainesville, Ga to be treated for his injuries.

“While NC and GA officers were gathered for a briefing and a meal tonight, it was announced to those in attendance that one of their own was killed by a suspected drunk driver as she was driving to the Rabun County Sheriff’s Office to report for work,” said Sheriff Robert Holland. “As difficult as one could imagine, those who worked with her knew their work was important and must continue. With heavy hearts they took their positions and had a successful evening and took suspected drunk drivers off our highway.  I’m confident she was remembered throughout the night.”

The driver of a pick-up truck faces charges of first-degree vehicular homicide and DUI in connection with the deadly crash north of Clayton Wednesday night.

The Hands Across the Border traffic enforcement campaign kicks off every year leading up to Labor Day weekend when Georgia law enforcement will join fellow officers, troopers, and deputies in North Carolina, Alabama, Florida, South Carolina, and Tennessee to conduct joint road checks in their respective states.

State and local law enforcement in all five states work simultaneously to take drunk and drugged drivers off the roads, as well as issue citations for distracted driving, speeding, being unbuckled (including car seats), and other traffic violations in an effort to make roads even safer for the holiday weekend.

Hands Across the Border started in 1991 as a friendly wager between the Georgia State Patrol and Florida Highway Patrol to see which agency could limit the number of alcohol-related traffic deaths in their state during the Labor Day travel period. Within ten years, the effort grew to all states bordering Georgia holding joint road checks at their state lines on the week before Labor Day with the goal of taking impaired drivers off the roads prior to the final summer holiday travel period of the year.