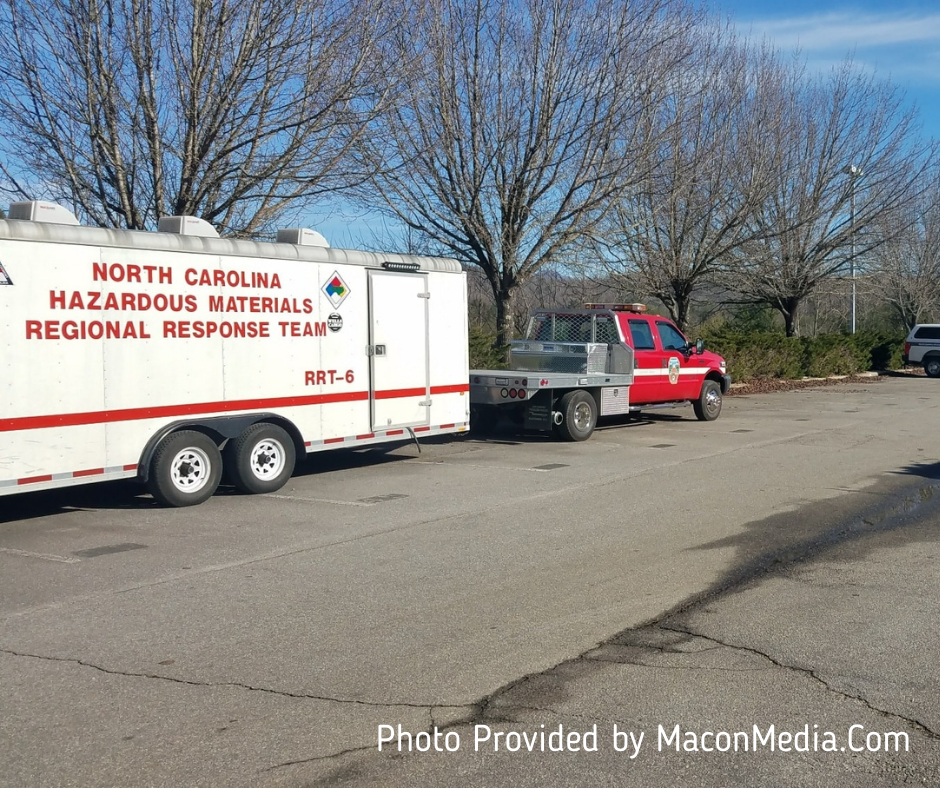 On Tuesday afternoon, the Macon County Human Services building (which includes the Department of Social Services, Macon County Public Health, and Code Enforcement) was temporarily closed due to an unknown chemical substance in the building.

An individual brought in a package of unidentified chemicals that was emitting a foul odor throughout the building and asked for it to be tested. Out of an abundance of caution, the building was closed, and all visitors and staff were sent home.

A search warrant issued for the residence of the individual who brought the substance to the health department shows that she first went to the Franklin Fire Department asking for the substance to be tested there. She was described as aggressive and vulgar.

At the health department, the individual requested the material be tested as she believed it was affecting her health. Her behavior was once again described as erratic. When law enforcement arrived at the individual’s home, Sgt. Anthony Hopkins and Detective Amber Wright were able to locate an additional substance mixture which reported could be smelled from 300 yards away on the individual’s property.

Sgt. Hopkins reported that the substance was covered by snow but could be seen to be bubbling and was emitting a chemical odor.

A Hazardous Material Team from Asheville was contacted to test the materials and found that the substance contacted Xylene and Malathion, both of which were reported as being extremely flammable and combustible insecticides.

Due to safety concerns surrounding the mixture, the Hazardous Material team reported that the substance needed to be removed from the property properly for the health and safety of the community.

Macon County Sheriff Robert Holland said the investigation into the circumstances around the incident remains ongoing.

“At the time we were initiating our investigation and subsequently began dealing with our suspect at her home, it was obvious she was having a severe mental health crisis based on her erratic behavior.,” said Sheriff Holland. “We are very familiar with this person. We felt that getting her mental health assistance was more important than filing any criminal charges at this point. We intend to follow up with additional interviews as this investigation remains ongoing. The FBI contacted us yesterday and have offered their assistance in dealing with this person if we find it necessary now or in the future.”

Macon County Human Services received the all-clear and was able to re-open during normal business hours on Wednesday, December 30.