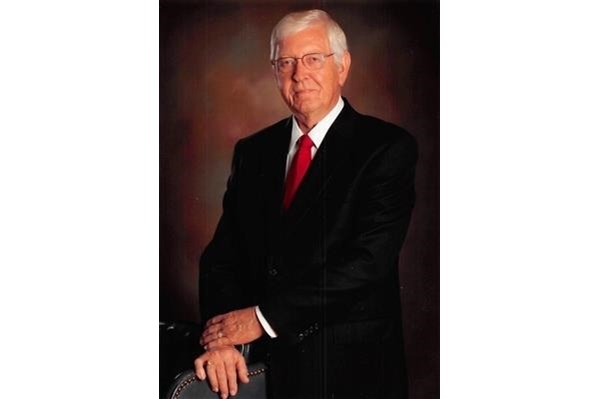 Section of N.C. 107 to be named in honor of Conrad Burrell

Conrad Burrell spent his entire life dedicated to public service in Jackson County. Beginning in 1974 when he took the position of Register of Deeds and continuing until his death in 2019, Burrell spent 45 years serving Western North Carolina.

To honor his legacy, the N.C. Board of Transportation unanimously approved a resolution to dedicate a section of N.C. 107 in Jackson County in his honor.

The dedication ceremony will include remarks from Southwestern Community College officials, Jackson County officials plus friends and family members.

Burrell passed away on Thursday, January 10, 2019 at the age of 83. He was born and raised in Cullowhee and spent most of his life helping shape the Jackson County we know today.

Burrell also served as a board member at Southwestern Community College for 20 years, serving as Chairman of the Board for 12 years as well as a Board Member at Harris Regional Hospital for 15 years.

For his service to both Jackson County and the state, Burrell received the Order of the Long Leaf Pine twice, the highest civilian honor awarded in North Carolina.

The Highway Dedication ceremony will be held on Tuesday, June 14 at 1 p.m. at the Burrell Building, also named in his honor, at the Southwestern Community College campus in Jackson County.