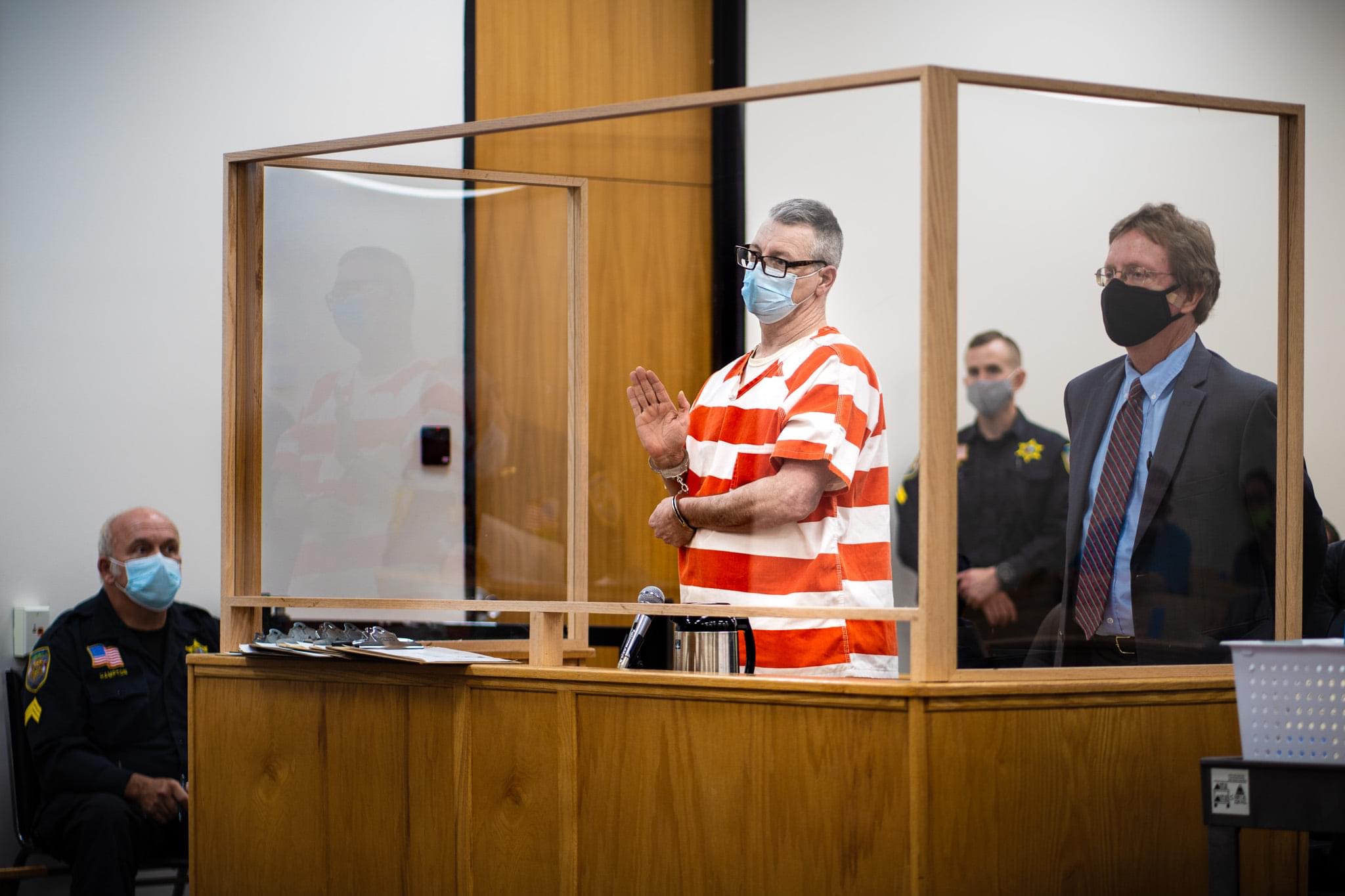 Snow sentenced to 25 years for murder

The 54 year old’s admissions he killed Sunshine Snow and her daughter, Jacquetta Snow, were tendered as part of a plea arrangement backed by the family. Along with the victims’ relatives, friends of the two women attended the mid-day, hour-and-a-half-long hearing.

Snow, 54, pleaded guilty to two charges of second-degree murder and driving while influenced (a separate offense that occurred in August, 2016). He also entered an Alford plea for first-degree arson in connection with the murders.

An Alford plea is not an admission of guilt; rather, it’s an acknowledgment by Snow and his lawyer, Tony Dalton of Brevard, that there is adequate evidence for the state to gain a conviction.

Chief Resident Superior Court Judge Bill Coward sentenced Snow to 25 years in prison and ordered payments of court costs and $10,000 restitution, $5,000 for each victim, to help with funeral expenses.

On Nov. 6, 2016, a driver noticed the glow of a fire in Cartoogechaye community, at Sunshine and Jacquetta Snow’s house on Creekside Drive. Firefighters arrived to find the upper two stories of the three-story home fully engulfed.

With the help of an arson dog, investigators discovered two badly burned bodies in the rubble of the home. A medical examiner found bullets in the women’s heads; additionally, Jacquetta Snow had been shot in her torso.

Paul Snow denied knowledge of the crimes. He claimed to have spent his time that night in a bar, but the statement later unraveled.

Detectives with Macon County Sheriff’s Office and agents with the N.C. State Bureau of Investigation identified more than 10 people who told them Snow threatened to “burn them (the women) up in the house.”

“They were scared of Paul,” Assistant District Attorney John Hindsman, who prosecuted the case, said in court. “They told numerous individuals, ‘If something happens to us, Paul did it.’”

Snow’s lawyer pointed the figure of blame on his client’s father. He said the man was an alcoholic pedophile who sexually and physically abused his children. The night Snow killed his mother and sister, Dalton said Jacquetta Snow made a comment about the sexual abuse that triggered her brother.

“He reacted, he snapped,” Dalton told Judge Coward. “This man comes into here as a broken person and has suffered through a lot.”

As investigators closed in, Snow fled Macon County for Florida. Police in Santa Rosa County arrested him about two weeks after the murders, on Nov. 21, on an outstanding warrant of failing to register in North Carolina as a sex offender.