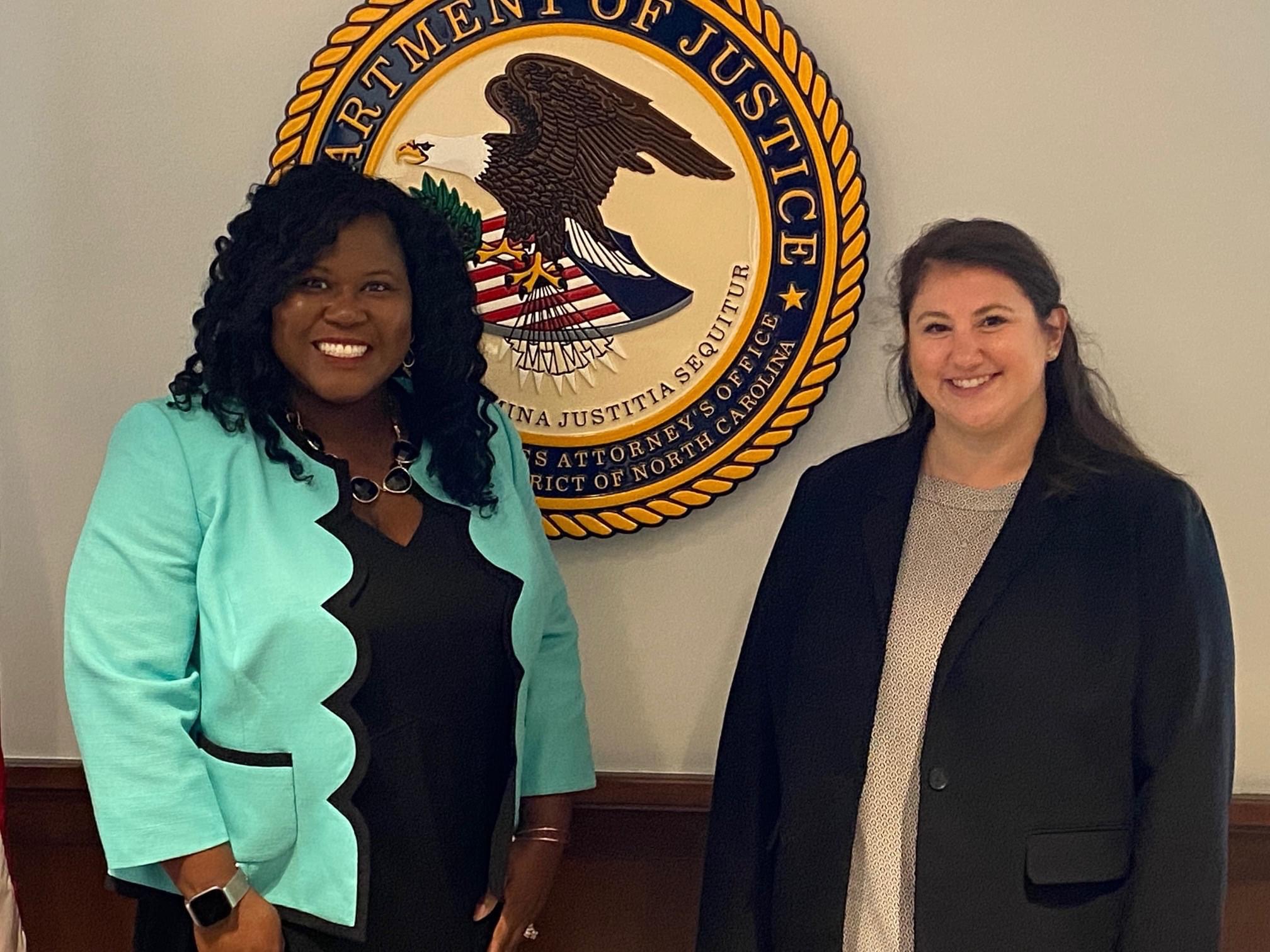 The SAUSA position is a reflection of the partnership between the 43rd Prosecutorial District and the U.S. Attorney’s Office.

“Cooperation across all levels of government is one of the most effective weapons we have in combatting crime,” District Attorney Welch said. “The SAUSA program has proven an amazing tool for vigorous prosecution of criminal activity in the 43rd Prosecutorial District.

“This program demonstrates how a strong, successful and sustained federal and state partnership can help us safeguard our communities. I thank U.S. Attorney King for her continued support of SAUSA and anticipate additional initiatives involving her office and mine.”

The U.S. Attorney’s Office and the District Attorney’s Office have established this formal partnership to ensure that the appropriate venue for prosecution is selected. The goal of this partnership is to make counties within the jurisdiction of the 43rd Prosecutorial District safer through a coordinated enforcement effort.

In making today’s announcement, U.S. Attorney King said, “The SAUSA program is an important tool we can use to make communities safer by identifying and prosecuting cases in federal court that result in the greatest local impact. I want to thank District Attorney Welch for her continued support of the program and for her ongoing coordination and cooperation with our office in our shared goal to protect our communities.”

As a dually-sworn state and federal prosecutor, Ms. Chambers will be primarily responsible for criminal cases arising out of the 43rd Prosecutorial District involving the violation of federal criminal statutes.

Ms. Chambers will remain on the staff of the District Attorney’s Office but will serve in all respects as an assistant U.S. attorney in charge of overseeing the progression of federal cases from the initiation of federal charges to disposition and sentencing.

Ms. Chambers will collaborate with state, local and federal agencies to identify and prioritize cases originating in state court for federal indictment. Ms. Chambers will also be responsible for drafting charging documents, search and arrest warrants, complaints, motions and responses, presenting matters before the grand jury, representing the United States before all federal courts in the Western District of North Carolina, and other such duties necessary for the successful prosecution of these cases.

Prior to joining the District Attorney’s Office, Ms. Chambers was an associate with Asheville Legal, Wimer Snider, P.C. Before that, Ms. Chambers was an Assistant State Attorney with Florida’s 18th Judicial Circuit in Brevard County, where she prosecuted felony cases in Circuit Court.